3 Good Reasons to Invest in the Dow 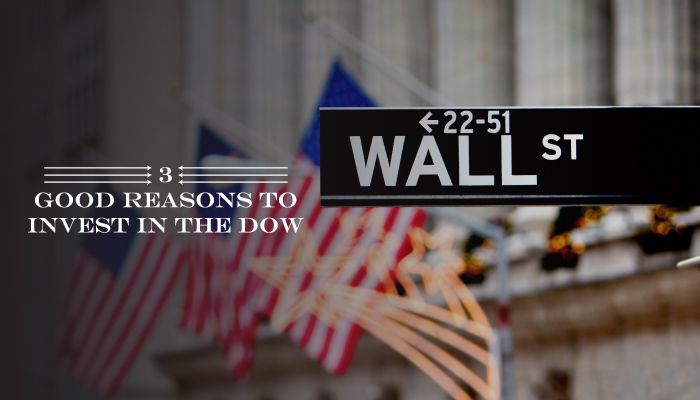 This isn’t your father’s stock index. But it probably is your grandfather’s. We’re talking, of course, about the Dow Jones industrial average, which has been tracking the performance of the U.S. stock market since 1896, when the average included only 12 stocks.

Some call the Dow archaic, and for good reason. For one thing, it holds only 30 stocks selected by a committee that consists of three representatives of S&P Dow Jones Indices and two representatives of The Wall Street Journal. Stocks are chosen subjectively, with factors such as industry leadership, company reputation and investor interest playing into whether a stock is included in the portfolio.

Compare that with the more quantitative Standard & Poor’s 500-stock index, which holds 500 large publicly traded companies, selected because of factors such as trading liquidity and financial viability. Unlike the S&P — which ranks stocks in the index by float-adjusted market value, or share price multiplied by the number of shares available for public trading — the Dow weights constituents by share price, so that higher-priced stocks count for more of the index.

This practice is a “relic from the 19th century,” says Alex Bryan, head of research for passive strategies at Morningstar, dating from a time before computers made it easy to calculate market capitalization and other data in real time. The practice not only distorts the Dow’s representation of the broad market, he says, but it also leaves out companies, such as Alphabet (symbol
GOOGL), whose stock prices are deemed too high for inclusion.

But hold your horses (as Grandpa might say) before abandoning the Dow. Despite its concentrated holdings, it does just about as well tracking the market as does the S&P. Over the past 25 years, the two indexes have sported a 94% degree of correlation (a measure of how similarly assets move), meaning that they largely rise and fall in lockstep. What difference there is has worked in favor of the Dow. Over the 25-year period, the Dow returned an average 10.3% per year, 0.8 percentage point per year better than the S&P. On a $10,000 investment, that amounts to a difference of nearly $20,000. Recent performance has helped boost that number. Over the past year, while bargain-priced stocks outperformed faster-growing names, the value- and quality-oriented Dow returned 20.2%, compared with 17.4% for the S&P 500’s more blended approach.

And because the Dow focuses on cash-rich industry titans, says Bryan, it can hold up better during down markets. From October 2007 through March 2009, for example, the Dow lost a cumulative 51.8%, compared with a 55.3% slide for the S&P. The highly profitable firms on the Dow’s roster also boast a higher dividend yield than those in the S&P: 2.4% on average, compared with 2.0%.

It still makes sense for index investors to hold funds that track the broad market. But you may want to add a stake in the granddaddy of all stock indexes, too.

Or wherever you listen to your podcasts.